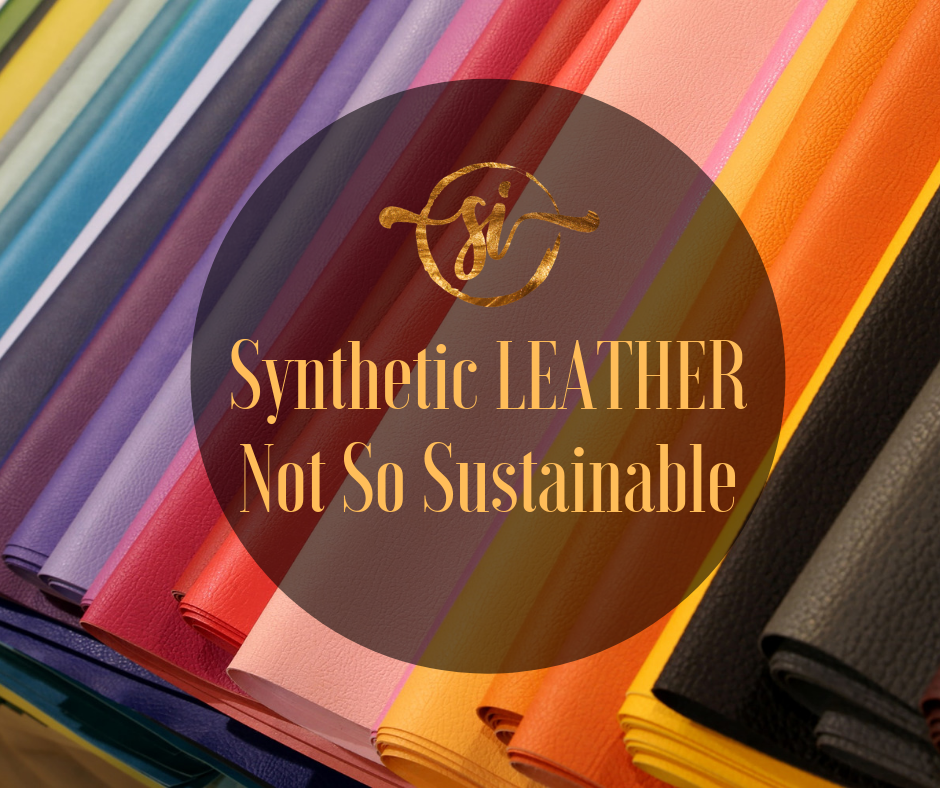 As more and more people chose to adopt a vegan lifestyle, the demand for synthetic leather has gone up. And more often end up interlinking sustainability, environmental credentials, cruelty to an animal and ethical sourcing together. Leather is being considered “bad” while synthetic leather fabrics being used to manufacture various products are being considered as “good”.

But do we understand the environment of synthetic leather? PU or polyurethane is the most common alternative for leather, and PU is made from DMF (Dimethylformamide), a material that has not only been associated with toxicity to humans but also has a lifespan of more than 500 years, meaning it’s not biodegradable. Conversely not only is its wear is much shorter than actual leather, but it is also much more difficult to up-cycle or recycles than leather, and burning it to dispose of it only releases harmful carbon monoxide into the atmosphere.

Keeping in mind the above information, it would seem that synthetic leather actually does more harm than good.

Now here is an interesting fact for all the naysayers of Leather isn’t it? Another interesting fact is that the actual hide value in terms of the monetary value of an animal is only 3%, more than 93% of the animal is actually used for its meat

The relationship between the meat industry and leather industry is a symbiotic one. As long as the meat industry exists, they will continue to have animal hides as a waste product. Unfortunately, the current global supply of the hides has by far outstripped its demands. This has happened mainly due to 2 main reasons.

The above reasons have not decreased the demand for meat anywhere, but in fact all it has done is leading to a dumping of the animal hides, which frankly is a waste. The meat industry left with a lesser and lesser demand for animal hides has resorted to either dumping the animal hides in landfills or worst burning them. Neither of these have any positive impact on the environment, in fact quite the opposite.

Leather is simply a by-product of the meat industry, and that too a mere 3%. The lack of knowledge amongst the public about leather and synthetic leather is actually causing more harm than good.